"Why Your Work Disappoints You"

This article right here explains all of my artistic frustrations for this past year and for probably a little while longer.

http://thoughtcatalog.com/2013/why-your-work-disappoints-you/
Posted by paige at 11:46 AM No comments:

I just wanted to post a few of my favorite photos from our engagement shoot and the wedding. Most of which I'm either laughing or being ridiculous (see first photo). But in that last one I love how handsome Geoff looks. Anyway, enjoy. 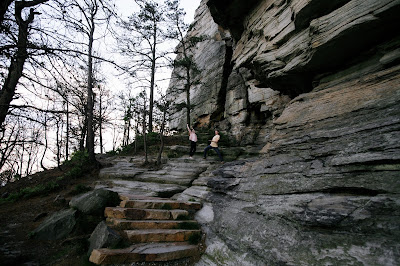 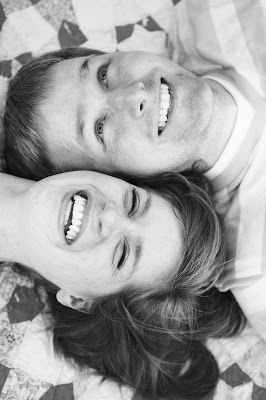 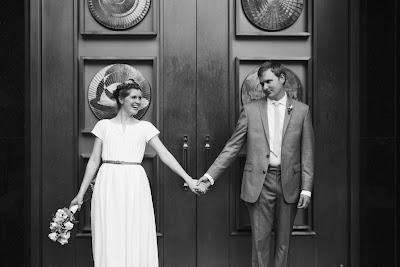 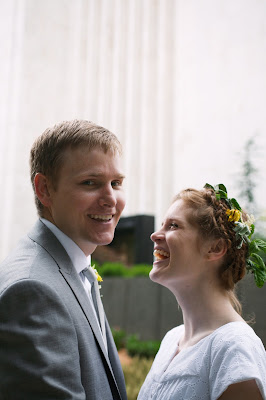 Well, it has been far too long since I last posted, so you'll have to forgive the length, but in my defense, life has been literally insane. Especially last semester. It was just one giant ball of stress. Oddly enough the root of the problem turned out to be my capstone painting class. There was a lot of pressure, mostly self-inflicted, to have it all together. I went through a lot of introspection and self-doubt in just trying to figure out who I am as an artist and what I want to make. I felt a lot of pressure to say something epic, have some deep and important concept, and in the end everything felt forced and contrived. I left the class feeling a little lost and inadequate. Poor Geoff can attest to the stress tears shed over this stupid class.
So this emotionally stressful class on top of my other 15 credits resulted in a very tired, stretched out Paige, with pretty much none of her wedding planned. So then during exams week Geoff gets a job (yay!!) only it's in South Dakota (why so far?!). So after only a week of us actually living in the same state for the first time, he is halfway across the country being the sweet and wonderful provider he is. Then I have about a weekend off, and school starts again with nine credits worth of summer classes so I can graduate before the wedding.
But this is where things look up (aside from the missing my fiancé thing, but I'll talk about that later), because my summer classes turned out to be easy and manageable and completely stress free. Woot Woot! It almost feels like cheating to get these few credits easy peasy in the course of a month. My ceramics class is hands-on which translates to fun and relaxing. Spanish 101 is a cake walk seeing as how it's super similar to portuguese, and for my last class I'm doing and Independent study which has been the best of all.
I have this sweet set-up in my professor's studio to do my thing. So almost every day, after attending my scheduled classes I've been spending a few hours painting. Painting with no expectations, pressure, stress, etc. It has been a dream. And oddly enough I feel like the simple little paintings I've been cranking out are far stronger and more interesting than anything I was doing for Capstone, while still fitting into in the most natural way, the concepts and ideas that I was mulling over.
But I'll leave a more detailed explanation for another post when I have photos to accompany. Sorry.
But in other news my wedding is getting so close. We're down to about twenty days, and I am getting SO EXCITED. Not just to be married, but to be able to live in the same state, city, house as my man. Our relationship from start to finish was long distance. How does that ever happen? It had to of been meant to be.
Well, just so there is some sort of visual interest to this post, here is the engagement photo Geoff and I sent out with our invites. Everyone who complements me on the invites always says how happy we look. And well, that's because we are happy. Twitterpation is the bomb. 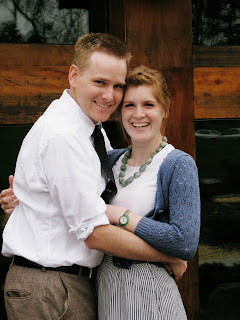 So I just wanted to take a moment to give a sneak peek at what I've been working on. More than a week ago, I was skyping with Geoff and I noticed the lighting was super interesting.  So I took some screenshots and made these super fast little paintings from them.
The plan is to then use these little paintings as source material for some collages, but I liked the originals so I decided to take a picture before I destroy them. So please excuse the poor photography skills, my highest goal in mind with these was a non-blurry image. And I promise to post images of what happens with these bad boys, with a full explanation of the concept, etc.
I just thought it'd be nice to post something, anything, before I get completely out of the habit and have to post a years worth of stuff. 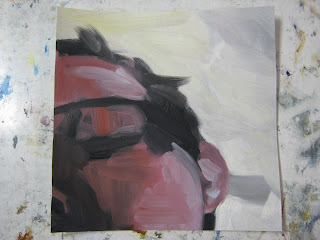 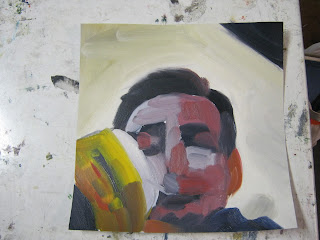 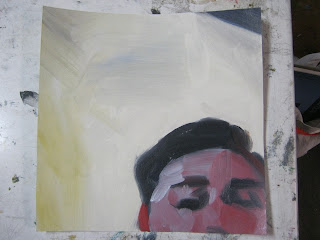 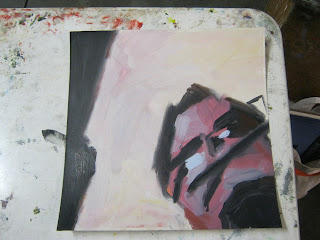 P.S. They were meant to be pretty crude, so don't judge me on any complete exclusion of detail. I got pretty lazy since I knew I'd collage them.
P.P.S. The top image is my favorite.
Posted by paige at 7:28 PM No comments:

This year is a good year. I've never had a significant other on Valentine's Day before now, and it's never bothered me, but I won't lie, Valentine's Day is so much more fun with someone to celebrate with. So I dedicate this blog post and these delightfully nerdy valentines to my sweet lover. 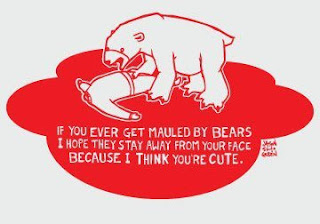 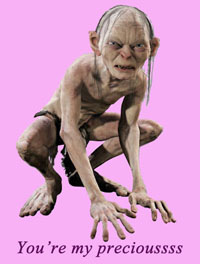 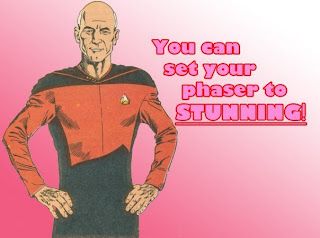 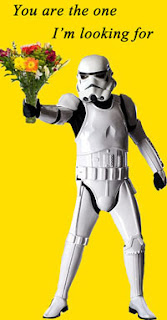 P.S. Happy Birthday to my most wonderful mother. You're the best. 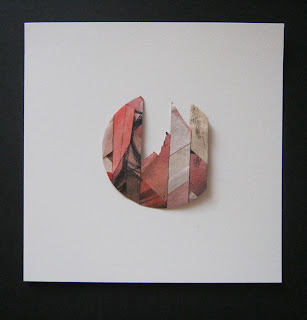 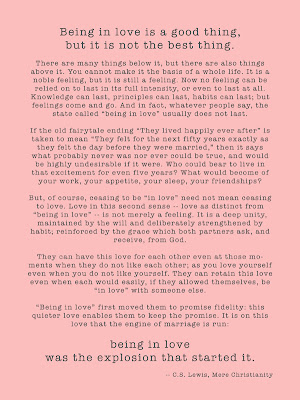 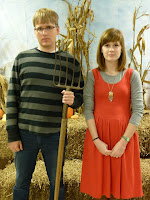 And so here we are, the next American Gothic.
Posted by paige at 11:05 AM No comments:

paige
I am Paige. I am a multifaceted nerd and I like to make things.